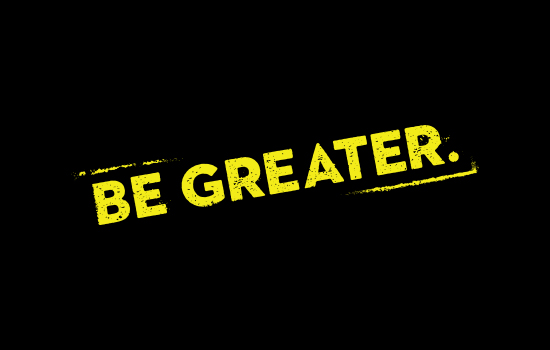 Singapore, 3 July 2018 – Singapore Kindness Movement (SKM) launches a new 2018 campaign today, challenging Singaporeans to go beyond random acts of kindness and think of our individual and collective characters and values. Be Greater is a call for everyone to be better and greater versions of ourselves, no matter which social groups we belong to.

The Be Greater television vignette is directed by celebrated local filmmaker Kirsten Tan, whose debut feature film ‘Pop Aye’ was awarded the prestigious World Cinema Dramatic Special Jury Award for Screenwriting at the Sundance Film Festival 2017. In collaboration with SKM, Kirsten presents her take on kindness and being greater, imbuing the video with a raw, humanistic element present in her directorial style.

The video questions how we define greatness, typically associated with achievements, wealth and power. Instead, we are called to reflect on and consider our characters and inner values like kindness. As such, greatness is a mantle that anyone can assume, be it a student or a high-flying CEO. It is a call to be more than oneself, to move beyond sporadic towards greater acts of kindness which are sustainable and leave a lasting positive impact.

“The Be Greater campaign aims to embolden society to be kind, unhindered by doubts or self-consciousness,” according to Dr William Wan, General Secretary of the Singapore Kindness Movement. “Kindness should become second nature, not limited to random acts. It should be sustainable, where one good deed begets another, fostering long term change.

Everyday situations present opportunities to be kind and gracious in big and small ways, each a step to be greater. If the acts of a few can affect many, the collective acts of many would transform a nation.”

Be Greater campaign’s comprehensive media rollout
The Be Greater campaign will be rolled out in several stages, the first being the manifesto video which encapsulates the spirit of the campaign. A cornerstone of the campaign, it will be screened as an advertisement in cinemas and on television, both terrestrial (Channel 5 & 8) and cable (StarHub channels like BBC Earth, E-City and Warner TV) throughout the month of July.

This will be supported on various other mediums islandwide. Outdoor ads on buses and train station wallscapes and print ads on major publications will feature real-life individuals who have gone above and beyond to effect change in their communities. They are

● Amanda Chong, a lawyer who co-founded a reading programme for
underprivileged children;
● Bruce Loh, an MMA fighter who places sportsmanship above competition;
● Ayuni, a student who mentors her younger peers in school; and
● Senthil Anathan, a civil servant who volunteers regularly.

Through showcasing exemplary members of society who are being great through their kindness, it is the hope that all the rest of us will be inspired to do the same in our own ways.

Other than traditional advertising channels, the message is also being spread by famous personalities like Fandi Ahmad and Wong Li Lin. Each has crafted their own kindness statements on their individual “Be Greater” T-shirts, and will be walking ambassadors of the campaign. They intend to engage their fans by posting their accounts of kindness on social media, with the hashtag #BeGreaterSG. Selected designs will available for sale at the Kindness Gallery and participating cafes, for a limited period.

SKM is pleased to work with Starbucks Singapore to launch a month-long Kindness Cafe in one of its outlets in August. The cafe will be decked in friendly kindness quotes and reminders, in line with the “Be Greater” campaign messaging.

Considerate customers who display kindness will be identified by the staff, who will in turn reward them with exclusive campaign memorabilia designed by both Singapore Kindness Movement and Starbucks. As one of Starbucks’ core values is to create a culture of warmth and belonging, the Kindness Cafe seeks to remove customers’ inhibitions to be kind and be greater.

A gracious society begins with an individual’s choice to be kinder than they think they are. Be kind. Be greater.